Finding Clarity Along the Way 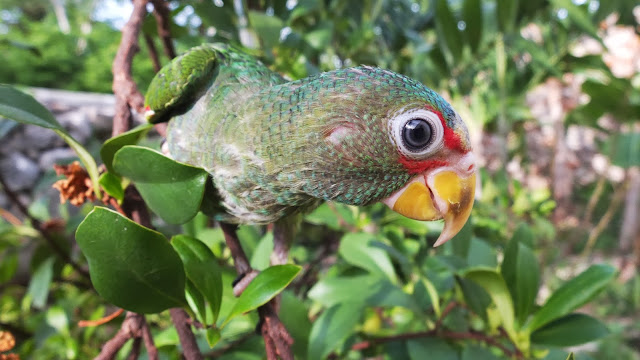 People have emailed me lately. They are asking if I am OK and why I have not been writing much for this blog.

I am fine, and all is well here in Yucatán.

Travel, unexpected events, lots to do and my changing interests all have contributed to the infrequent appearance of new posts on An Alaskan in Yucatan.

My recollections of the first half of 2013 are a fog. I am not sure where the time went, but I was busy. Too busy. I don't like the kind of "busyness" after which I can't seem to recall what I accomplished, but that's how I spent some months, dealing with details, riding on trains, buses and airplanes, putting out small fires, and waiting around for others to get things done.

I have had plenty of ideas for blog posts. Just now I looked at my drafts, and see that I have started seven different posts since I last actually published one. I keep being interrupted and distracted and can't seem to finish them.

I thought about this as I spent hours in the pueblo of Mucuyche a week and a half ago, waiting for help with my broken-down car, which with eleven years and 100,000 kilometers of use has begun to experience typical problems of age. It was very hot when the car stalled, but fortunately it died in the shade of a small tree near a friendly tienda which sells cold drinks and snacks.

The day started out with the good idea of visiting some friends in Abalá and having lunch with them on Fathers Day. It's a long story, but in a nutshell, we burned a couple of hours waiting for one mechanic who never showed up. Finally we reached the very agreeable and friendly llantero, tire repairman, from Abalá who drove over in his broken-down car with a bucket of tools to see what he could do. Appropriately named Santos (Saints), he was knowledgeable enough to help me figure out that the problem was an electrical short that could not easily be repaired alongside the road. Santos went back to the pueblo and borrowed a long rope (the tether for someone's cow), and very kindly pulled my car at slow speeds all the way to the house of my friends in Abalá. Although we were not able to fix the car, at least it was in a place where it would be secure until I could get someone to look at it the next day.

And that brings us to the young parrot pictured above, which greeted us when we arrived tardy at the house in Abalá. Actually the bird is one of a pair rescued after a nest was knocked down, either by winds or a predator, some weeks ago.

I spent the nicest time I had in several weeks simply observing and feeding this delightful bird, and then eating a home-cooked Fathers Day meal with my good friends in Abalá. Near sundown Santos gave us a lift the four kilometers out to the highway, where we caught a bus back to Mérida in the evening.

It was this day of forced down time spent alongside the road and tranquil hours with friends that helped clarify the facts. Some of my "busyness" is necessary and unavoidable and I'll just have to deal with it. But a fair portion of my cluttered lifestyle is of my own making. I moved to Yucatán in search of a simpler and more fulfilling life, and I have made long strides in that direction. But old tendencies are hard to change and after eight years of becoming very comfortble here I find myself falling into some of the old patterns.

I've been restless and pondering these things for some time, but during this Fathers Day interlude I realized that I am ready to work on changes. I have had in mind this quote from an unknown author:

"Sometimes in the winds of change we find our true direction"

Change is in the wind, and it's hurricane season in Yucatán.