The Only Perfect Thing 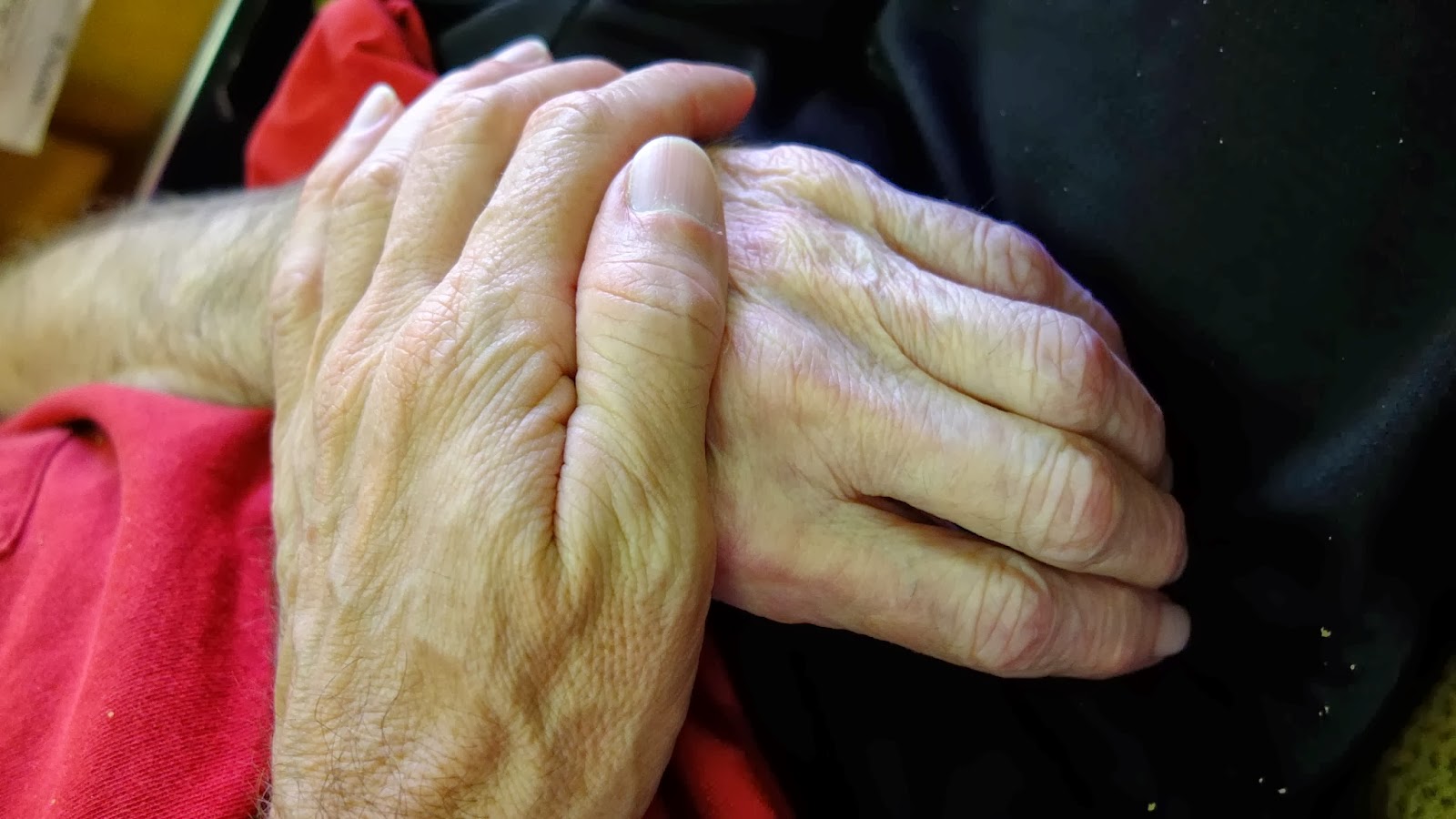 I have missed blogging the past couple of months, but I just haven't been ready to write about other things until I've gotten this big one off my chest.

My father passed away in April. It was peaceful and without anguish or pain. And because we knew it was coming the family was together with him. We couldn't have hoped for more than that.

Now that a bit of healing time has passed and I have thought clearly about the big picture of it all, I realize that my family has a lot for which we can be thankful.

As Dad got more forgetful at home in Alaska, he used to joke that his memory had "gone south." Several years ago for medical reasons, with the family's assistance the rest of him made the same journey. My father lived most recently in a nursing home near my sister in South Florida.

Although back when Dad was better able to consider his options he never considered leaving Alaska in his old age, in later years it really didn't matter to Dad where he lived, geographically. The past -- career, accomplishments, losses, disappointments, his treasured Alaska book collection -- none of these mattered terribly much to him any longer, either.

What was important was the quality of Dad's daily life and the care that he received. Where he lived recently, the quality of these things was high. With his physical needs taken care of and limited by poor vision and a fading memory, Dad concentrated his attention on what was left.

Fortunately, what remained was the important stuff. Dad expressed love for those around him. It didn't matter who was there. They might have been family members, friends, doctors, nurses, nursing assistants, therapists or just other folks who happened to be there. Whoever it was, he loved them and he made sure they knew it. And because he expressed his love for people, the love was returned in abundance.

Relationships and simple pleasures that can be enjoyed in the here and now -- things like singing, listening to music and birdsong, feeling the warmth of the sun, eating a cookie, holding a hand, a hug -- these he still enjoyed to the fullest. And he seems to have found a good level of contentment in them.

Dad had long been interested in Buddhism and had practiced meditation. Thinking about all this, I realized that in his final years he refined the art of living in and appreciating the moment.

I have a close friend who often points out that "to love is the only perfect thing we do." I think that in this respect my father passed his final years in the most perfect way he could. Of course over the past few years there were moments of despair, stress and anxiety. We wouldn't be human without those. But now looking back, I know that Dad and the whole family endured it all because of the love.

And in that I can find comfort.