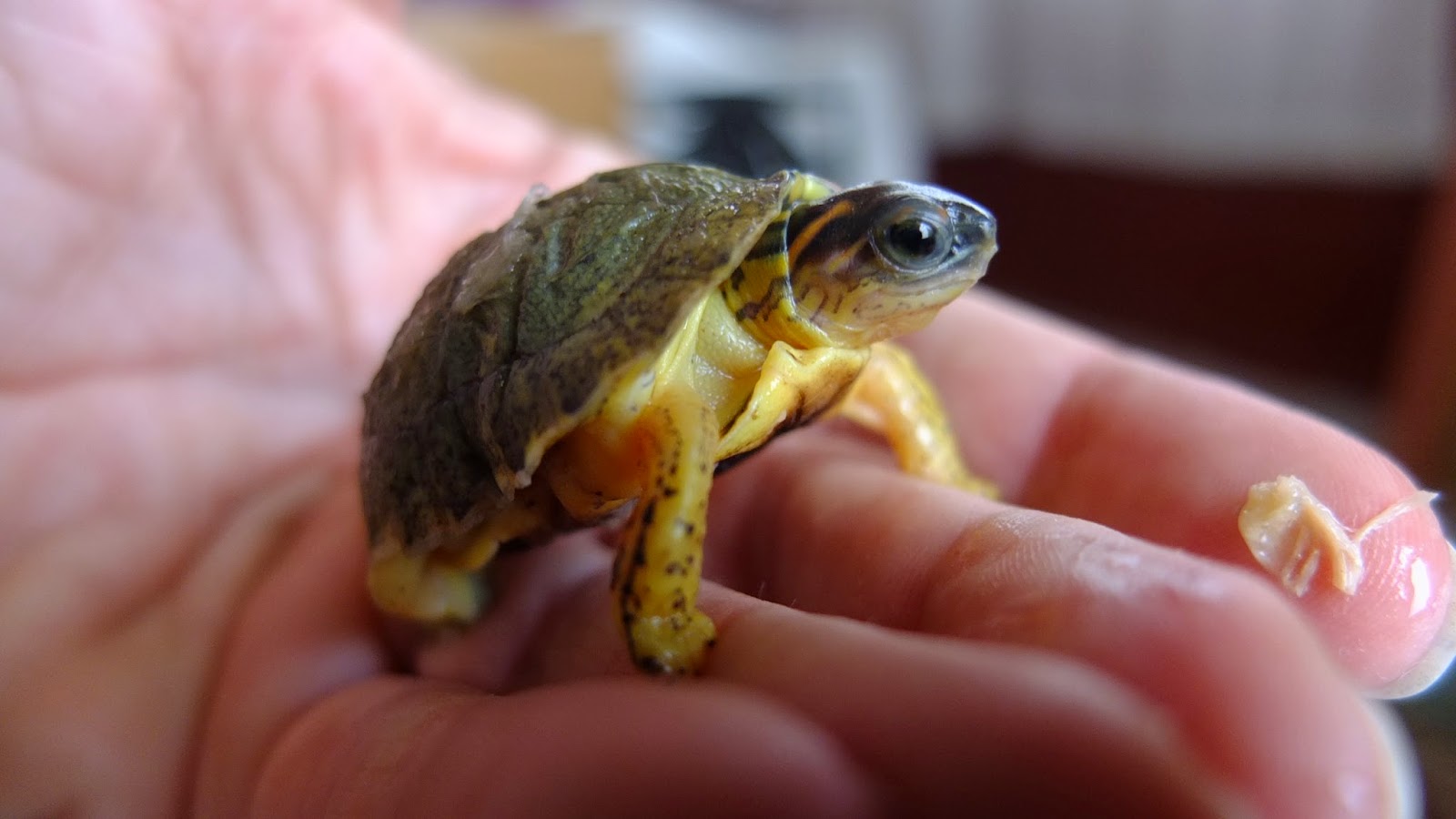 I'd pretty much given up on the turtles. Last September I wrote that the pair of young Furrowed Wood Turtles I'd kept in the patio for several years appeared to have reached sexual maturity. They were "trying," at any rate.

I've found a number of their eggs in various nooks and crannies of the patio, and none that I've ever observed has hatched. I've also seen a couple of broken shells, and assumed since I never saw young ones that the eggs (or perhaps the vulnerable newborns) had been scavenged by birds, opossums, iguanas or cats. 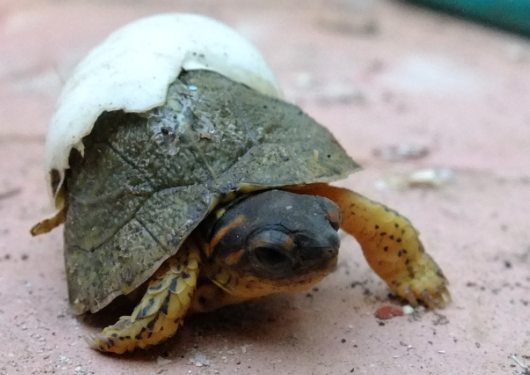 I discovered a couple of rotten eggs amongst the plants just recently. I've assumed that the couple was infertile, and stopped hoping for a turtle family. Then Tuesday morning I was greeted by a small surprise in the patio. The little thing appeared weak and very dry, as if it had been struggling for some time to extricate its hind quarters from the shell. I put it in a clean bucket and dribbled a little water over its head.

The moisture seemed to revive the tiny creature, but when after another hour it hadn't made progress extricating itself and was barely moving, I began carefully to chip away at the edges of the egg. A tiny, hourglass-shaped turtle emerged, its carapace indented where the half-eggshell had restricted it from expanding and drying.

Within minutes the hind legs began to stretch out and move a little. After an hour, the newly-hatched critter was getting around fairly well. I picked it up and it snapped at me, so I took advantage of the situation and held out a tiny piece of banana. The turtle quickly snatched a sliver and after a moment swallowed it. I then tried out other food: tiny pieces of tuna and tender leaves of succulent verdolaga (purslane) that the adult turtles seem to like. It ate a little bit of each. A day or two later, the baby began to exhibit evidence that its digestive system is functioning properly. 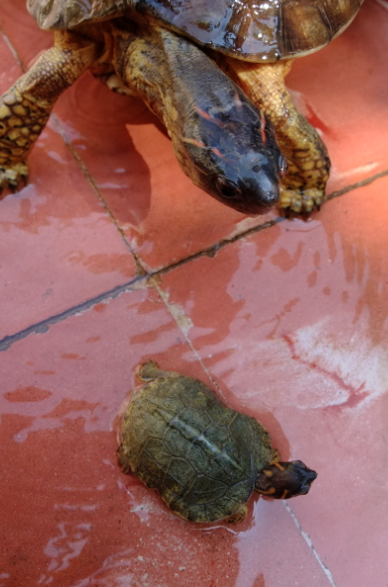 As I write this, the little turtle is six days old. I put off posting immediately because her (I am not sure of the gender, but I am calling this one a girl) appetite and energy levels seemed low,  which along with the fact that she did not seem able to hatch unassisted raised the concern that perhaps she would not survive.

But now after almost a week of life this young turtle seems to be doing OK. And I've figured out a few things. She does not like to eat in the morning, but will take off running if I let her loose outside her temporary small habitat in the bucket. Physical activity gets her juices flowing and stimulates a hearty appetite in the afternoon. After the first days of only eating food that I held up to her mouth, she finally is finding and eating some food on her own.

Here's an image of the newborn with her mother. Mom seemed a bit aggressive when I put them near each other, so I think the smart thing is to keep the little one in her own area until she can take care of herself. I have a large plastic tub that will serve as home for the time being.