I wondered for several years if the pair of tortoises that have the run of my property are girl and boy. It's hard with some species to tell the difference, especially when they are juveniles. However after several years of living with me these natives of Mexico are now sexually mature, and behaviors I started noticing last spring convinced me that they were getting ready to produce offspring.

In the past these Furrowed Wood Turtles did not seem particularly social and would often wander separately in the garden. Then suddenly a few months ago, like a couple of teenagers going steady they were always close together. The smaller one (presumably the male) trailed closely behind the larger.

One thing led to another, I guess. On a sunny day in May I saw two small eggs partially interred and covered with leaves in a damp, shady corner of the garden. I took a picture, started a blog post about the discovery, and checked the eggs daily for a couple of weeks. Then one morning the eggs were gone without a trace. I checked carefully around the garden and no signs of tiny tortoises or egg shells were evident. If they had hatched, debris would have been left behind, so sadly I assumed that the eggs had become a night-time meal for a possum, cat, iguana, rat or other opportunist, of which there are many around here. 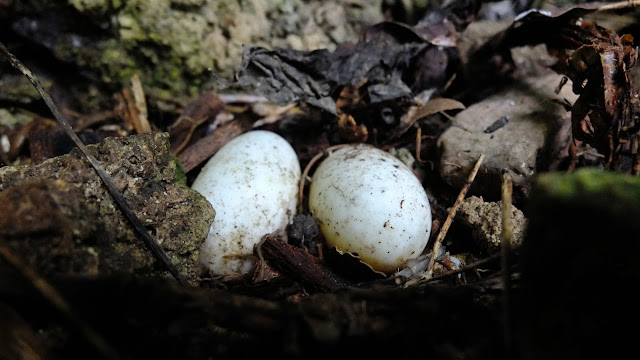 Then two days ago, another pair of eggs appeared, once again loosely covered with earth and leaves. This time, I am not taking any chances. These I have carefully removed to a similar shady, damp place in the security of the interior patio of the house. Here, larger animals will not have access and I will immediately notice any changes when they happen.

Meanwhile, by chance yesterday afternoon I noticed that the romantic couple are still at it. It's possible that additional clutches are out there, as yet undiscovered. And it certainly looks as if the parents-to-be are working hard to produce more. I'll keep you posted. 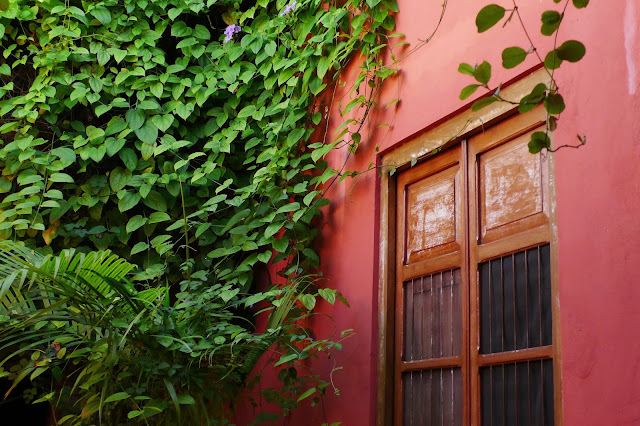 My old house in the Mérida barrio of Santiago will soon be for sale. I'd never planned on selling this place, necessarily. It is by far the most comfortable house I've ever lived in. Some of my neighbors have become treasured friends, and this has become my home. I love living here, and never looked upon it as a financial investment. It was more like an investment in living comfortably and well; it was an investment in a future to be enjoyed. It has been all of that. 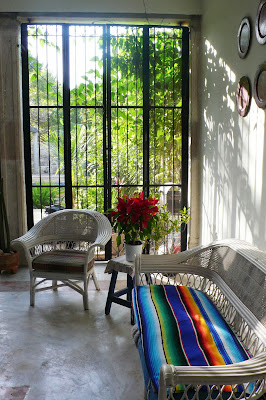 I thought perhaps I'd continue living here for the rest of my life. With that in mind, I noticed when I first looked at this place in the spring of 2003 that it had wide doorways, few steps, bedrooms on the ground floor, and many other features that would make it a comfortable place to grow old in.

However, interests, needs and neighborhoods change. And that is the story here.

I am ready for a smaller place in town with less to take care of, clean and maintain.  I'd like to stay in Santiago or at least the centro historico -- the inner city of Mérida -- but I am considering also a move to a nearby older suburban neighborhood where houses are on larger lots and where the streets have more trees and less traffic. In addition, I've got a lot more rooms here than I really use, and it's time to scale down and devote more of my energy to other interests.

So for the short term I have a big project: taking care of a long list of details, getting the garden under control, de-cluttering and doing repairs, painting, cleaning and polishing before putting my home of ten years officially on the market before the end of 2013.

Meanwhile, after several busy months of travel and decision-making, which kept me from doing much writing, I plan to get this blog rolling again, concentrating as always on the interesting and fascinating aspects of daily life here. There are plenty of interesting "We're redoing an old house in Mérida" blogs out there, and I'm not turning this blog into one of those. But it's possible for the next few months that some of that sort of thing will creep in here. I'll try to keep it to a minimum. 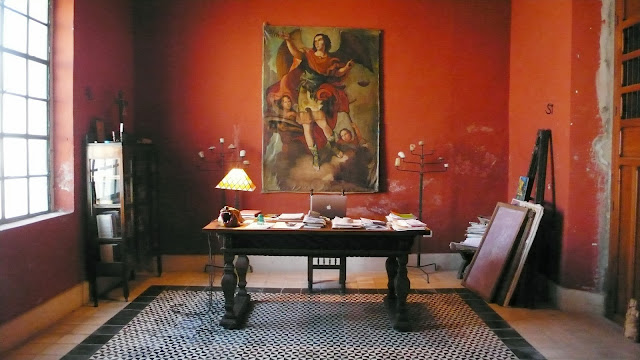