The vast majority of the clearest and most intense memories I have of my childhood occurred within a three-month period when I was almost eleven years old.

It was the summer of 1967 in Fairbanks, Alaska. In the "lower 48" hippies congregated for the "Summer of Love" in San Francisco. Vietnam, Flower Power, protests and race riots were in the national news. But in isolated Fairbanks by many measures it was still the 1950's. I had just recently seen for the first time a man with long hair. My family lived in a white frame house and our car had tail fins. We kids could go unsupervised just about anywhere we wanted and our parents didn't worry.

This was my summer between fifth and sixth grades. Interior Alaska summers are warm and and their days long and sunny, so after the dark, cold winter I looked forward to lots of outdoor time with my best friends, riding bikes, messing around in the woods, catching frogs, having archery tournaments and flying balsa wood gliders down the hill by our house on the University of Alaska campus.

There were seasonal rituals that marked the progression of summer. During "breakup," when runoff from melting snow formed puddles and small streams everywhere, we raced little stick "boats" down the hills. When the soil had drained and the threat of freezes was past, we helped my mother plant flowers and a vegetable garden and marveled at the rapid growth and large size of turnips and cabbages nourished under the "midnight sun." On the summer solstice we tried to stay up all night to witness the midnight twilight of the longest day of the year, when it never really gets dark. We had sleepovers. Sometimes on weekends The Olsons would pack a picnic and go grayling fishing in wilderness streams out the gravel highways north of town towards Circle City, Circle Hot Springs, Livengood, and along the Chatanika, Tanana and Yukon rivers.

My friend Van was a year older and had gotten me started in archery the summer before. He and his mom had given me an old bow and my parents had purchased a set of target arrows. After appropriate safety talks from my parents, I was allowed to go with Van across the campus to the Patty Building and the university physical education department, which had set up straw targets in the outdoor ice hockey rink. We used metal-tipped arrows and there was no supervision. This kind of play would not be allowed today due to safety and insurance concerns, but back then that's what we did. And while officially we were only supposed to shoot at the targets, being kids occasionally we sneaked into the nearby woods on the way home to shoot arrows at anything else that caught our attention. We never shot at or hurt anything living, but we were kids, alone in the woods with bows and arrows. It was exciting to fantasize that danger was always a possibility.

Shooting was big in my crowd. My friend Doug had a BB gun. I was not allowed one, but that did not keep me from accompanying Doug and his dog into the woods to shoot. The grooviest thing was to go to the dump to "shoot rats." Back then, the university's dump was just that -- a clearing at the end of a dirt road in an isolated part of the campus with a ramp up to an elevated gravel pad in the center, from which garbage was hurled, spilling onto the bare ground and into the trees around it. It stunk and sometimes it was smoky. We weren't supposed to be there, but the risk of getting caught or running into a bear was what made it exciting. We never shot a rat, and probably only ever saw one or two. Most of our time was spent lining up bottles and cans to shoot at, pretending we were driving the junked cars, and poking sticks into piles of icky, smoldering junk.

Adding to the excitement, 1967 was the centennial of the purchase of Alaska by the U.S. from Russia, and a summer-long party and fair was getting underway in Fairbanks. We were expecting some excitement that summer, but we were not prepared for the surprises that were about to shock us and change lives.

Earthquake: "It Was Strong, and Terrible" 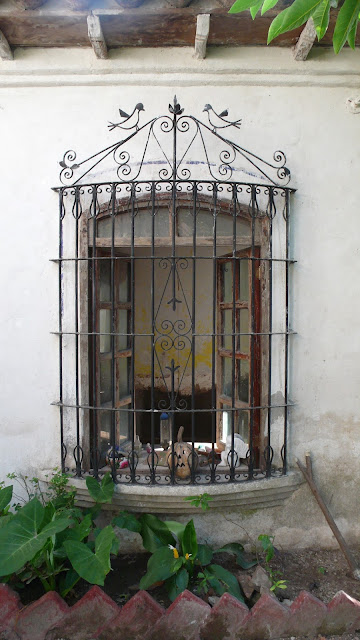 I was asleep in my hammock at the beach when last Thursday night's earthquake struck in Southern Mexico, so although the shaking was felt in Yucatán, I missed it. When I heard the news the next day, I sent a text message to my friend Victoria, who is from Juchitán, Oaxaca, one of the hardest-hit areas.

A few hours later I received a reply, stating simply, "it was strong, and terrible," and assuring that she was OK.

I tried calling on Saturday and couldn't get through. She called me Sunday from Mexico City. Still quite shaken, she told me how by chance she had boarded a bus out of Juchitán only hours before the quake hit. When she finally got news that her house had suffered significant damage, with a partial roof collapse and fissured walls, she realized that if she had not left on that bus, she might have been injured or killed. Several dozen in Juchitán are confirmed dead.

I have never mentioned that some of my best stories never get shared in this blog. I have very good friends, like Victoria, who have introduced me to aspects of Mexican life and culture not generally accessible. To blog about some of these experiences, to publicize them, would violate the privacy and the confidence of people who have shared with me and accepted me into their lives. So this friendship and this old house which was passed down to her from her grandmother and mother, are things that are exceptional for me in ways that I have not talked about in this blog.


There have been wonderful times. In the kitchen of this house we once spent a simple but memorable evening preparing food, talking and sharing a bottle of fine mezcal. On another visit she invited me to a leisurely, old-fashioned comida with her extended family, during which we enjoyed plate after plate of seafood delicacies while enjoying singing and guitar playing, recitations of poetry and conversations long into the evening.

In this house we dress to attend velas, traditional indigenous festivals celebrated in the Isthmus of Tehuantepec. Victoria, attired in the traditional Zapotec manner, takes my arm, as I, in white guayabera, balance a case of beer, the admittance fee to attend the event, on my other shoulder.

Through Victoria, who has spent her career involved in the music and art communities, I've met some of the premier musicians, singers and artists in Mexico today. I have attended marvelous concerts and hung out backstage. A painter she introduced me to took me to two velas one night in Oaxaca. One was of the "official" sort, where we rubbed shoulders with the governor and other members of the Oaxaca elite. The other, after midnight in a barrio on the outskirts of the city, was hosted by muxes, Oaxaca's "third sex," men who dress as women but in general do not consider themselves either transvestites nor transgender. That uninhibited and raucous party endured until daylight. 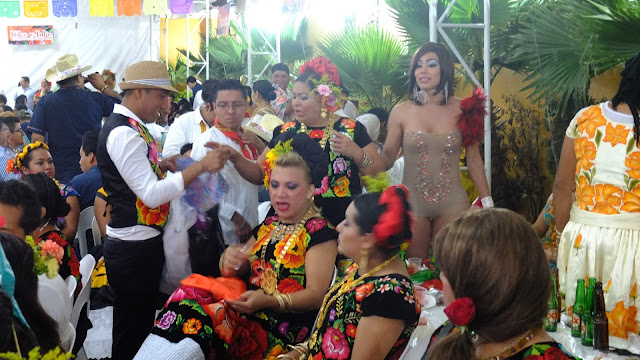 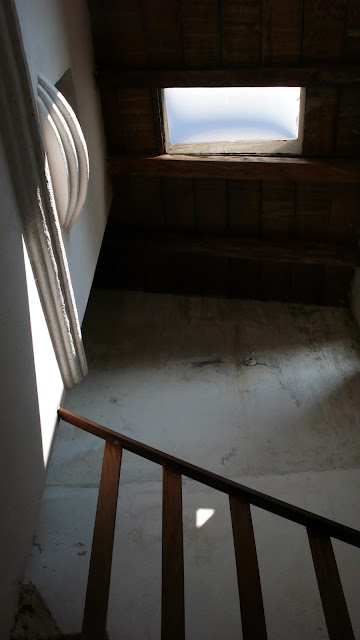 I have had many additional experiences associated with my dear friend and her old house, and I expect there will be many more. But first, Juchitán and other hard-hit areas have a lot of work to do.

The government and other organizations are mobilizing aid for those left without homes.

I just read that (sadly) demolition has begun on historic buildings in Juchitán centro too damaged to repair, such as the Palacio Municipal and Casa de la Cultura so that reconstruction can begin.

Oaxaca artists Lila Downs, Susana Harp, Alejandra Robles and others have organized a benefit concert for victims of the quake for this Sunday, Sept. 17, in Auditorio Guelaguetza in Oaxaca.

On the phone, Victoria told me that the facade of her house seems to be intact, and that the rest of the damage, according to her nephew, should be reparable. I certainly hope this is the case. Her fine old house resonates with family history and memories and it would be very sad to see it fall to the wrecking crew as well.

I was planning a visit to see Victoria this winter,  and due to circumstances for the moment those plans are on hold. Perhaps I will wait until spring. May is the "month of the velas." If I have learned one thing about Oaxaca, it is about its persistent and enduring spirit. Buildings crumble and people pass away, but the velas will go on.