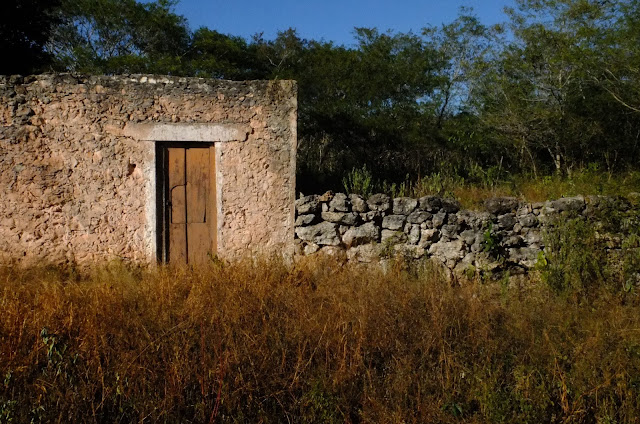 The casita at Rancho San Benito has been abandoned for many years. That is about to change.

The first time I approached the little stone building after buying the property, there was a large rattlesnake staring at me from under the kitchen counter. Scorpions, beetles, tarantulas and a variety of other creeping and crawling organisms scuttled away as I explored the dingy, dank rooms and moved accumulated debris aside.

Since the ranch house in this state is uninhabitable, I've been renting a small place in the nearby pueblo. Now I have decided it's time to quit renting and live in my own house. However, it needs more than cleaning and fumigation to be made comfortable.

The floor is cracked and uneven and the doors rotten and termite-damaged. The galvanized, corrugated metal roof, where it has not collapsed from rotten supports, is so rusted that pinholes of daylight show through like constellations in the night sky. And the ceiling is so low that I can reach up and touch it without stretching.

I'd like to have a little more headroom to keep the heat out of the living space and generally want to make the place more comfortable and secure. The work will include reinforcing the old walls and increasing the height of the ceiling by about 80cm, putting on a solid roof with skylights, enclosing the outdoor kitchen, replacing the floors and putting in new windows, doors and mosquito screens to help with safety and ventilation.

We'll also build a 5 x 7 meter above-ground water storage tank, to be filled by the windmill pump from the old hand-dug, stone-lined well. This will allow us to accumulate water for household use and irrigation when the wind blows and will serve as a swimming pool for refreshing dips after hot work in the fields. 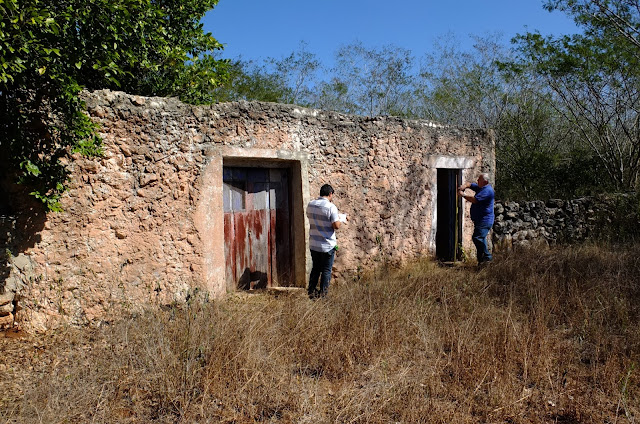 After a long, fruitless search for a good contractor who would work in this remote area, I fell back on the engineer who has done several projects for me in Mérida. It turns out that some of his albañiles actually live in a pueblo not far away, so the logistics will not be as difficult as I had thought. Two of his employees, an engineer and an architect, came to the ranch with me this week to measure, draw plans and put together a budget for the project.

I hope to break ground within two weeks and to move in by April.

I appreciate comments, but will delete comments that are rude, offensive or off topic. Unfortunately, due to the heavy volume of spam, comment moderation has been enabled. I will try to approve comments promptly, but your patience is appreciated.
If you have technical trouble leaving your comment, please email it to:
marc_olson@hotmail.com
and I will post it for you.